In 2008 he founded Burlington Family Eyecare located at 3017 West Avenue in Burlington, IA. 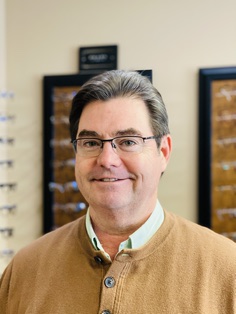 Dr. Bush lives in Burlington with his wife of over 25 years, Christine and their three children.  He likes golf, bowling and acting on the stage at the Player’s Workshop.

You can schedule your next appointment with us online!

Let's continue the conversation over on your social network of choice.